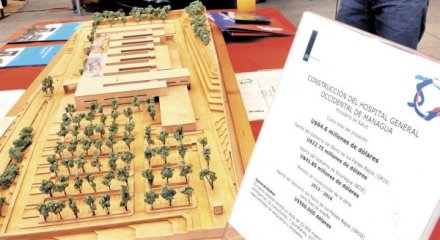 In 2013, AMPC, together with SAB MedConsult, completed a feasibility study for the establishment of the Hospital Occidental in Managua. After the Ministry of Health of Nicaragua (MINSA) secured financing from the Central American Bank for Economic Integration and the Dutch government to implement the project, AMPC/SAB were contracted by MINSA to provide procurement services. Two public tender process were carried out, one aimed at selecting a contractor to deliver the hospital in a turnkey fashion and a second to contract an independent supervisor to oversee the construction and equipping of the hospital. AMPC/SAB developed the tender documents for both processes, including administrative sections, technical schedules and draft contracts. Both tenders were launched in 2014 and AMPC/SAB supported MINSA with bid evaluation to select the economically most advantageous offers. Construction started in 2015 and in January 2018 the Hospital Occidental de Managua opened its doors to the public.