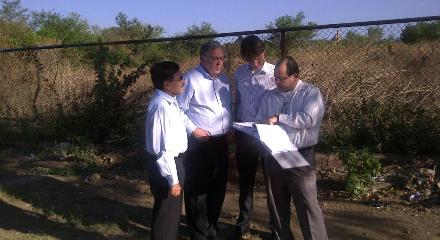 To reinforce and extend the healthcare infrastructure of its capital city, Managua, the government of Nicaragua developed a project to construct a new General Hospital in the western part of the city in 2010. SAB MedConsult and AMPC were asked by the Ministry of Health to prepare a ORIO grant application to get support from the Dutch government for its implementation, and to update the existing project design and to develop a feasibility study according to the ORIO requirements. After approval of the ORIO grant, AMPC and SAB MedConsult were contracted to develop the tender documents for the tendering of the turnkey implementation of the hospital as well as for supervision. Technical assistance during the tender process was also part of the contract. The specific tasks of, AMPC included drafting the procurement plan, preparation of the tender specifications for infrastructure, equipment and maintenance and the development of tender documents. Thereafter, AMPC evaluated the presented proposal on qualification of the bidders, the technical adequacy and financials.